As much as I’m a fan of TGIF, I’ve got to say this Saturday beat my Friday hands down. Why? I got to spend time with my cousins and catch up with friends/ acquaintances I hadn’t seen in about 5 years and took a step into breaking out of my sometimes social awkwardness. 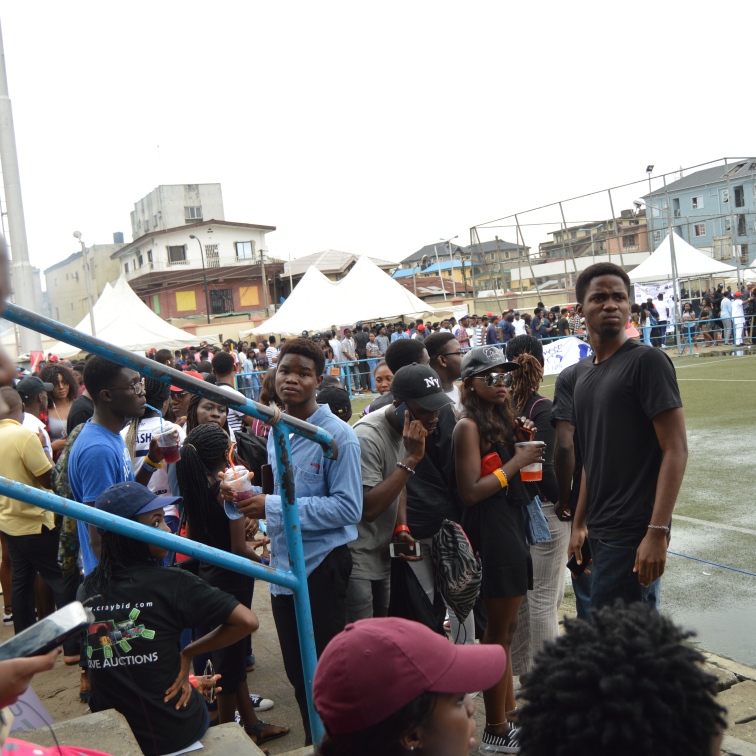 Konamii is an annual event that has been going on for about 4 years now. It’s an event that comprises of inter-orphanage homes football competition / charity soccer fiesta. Since inception, I’ve never been able to attend it but that changed this year. I stumbled across their ad on Instagram one day requesting for volunteers for this years event. I thought, oh okay, this isn’t so bad. Ended up filling the required forms and what not, but unfortunately/ fortunately, my services weren’t required. My cousins and I had been interested in attending but had only had light conversations about it, nothing serious till this last week. It was a perfect way to get together and chill and also have a day out and not miss the event. Win win win!

Alexis of the Alexis lookbook came over while we were still getting dressed and we left together for the venue of the event, with empty stomachs and high hopes.

The event took place on the island at the campus mini stadium and was originally set to start for 10am, but we didn’t get there till past 1 because, Lagos state sanitation and the wait for the uber surge to come down to affordable rates. We got there and it was chaos! Cars and people everywhere , security trying to get people orderly, a light drizzle and music blaring from inside the stadium.

Getting in was pretty quick because when we arrived, not many people were on the line. And we got seats fairly quickly as well. We got to watch the children play their matches and some other games. And watched part of the adult match even though we nearly got hit by the ball.

N/B: never stay behind the goalpost during a football match except there’s protection or something. Not a smart choice. Literally a recipe for disaster.

We watched some performances and games from artistes and the children respectively till our bladders filled up courtesy the drinks we had been taking. We ended up going to the  MRS filling station (shout out to them!) to use the loo, because after waiting in line for the one at the venue, we finally got our turn, only to discover it was messy. Once that was sorted out, we were able to take in our surroundings and discovered they had really nice walls and awesome backdrops for great photos and so we took photos, after asking for permission of course, in the presence of many spectators who were probably wondering if all was well. 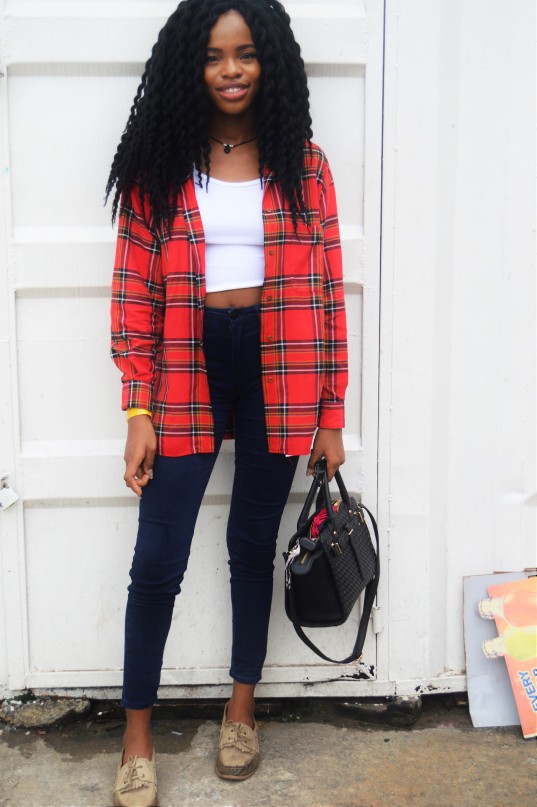 I spotted some bloggers in the crowd and stayed a distance because sometimes (read as most-times) socially awkward *sigh.

Musicians and celebs like Ycee, Dremo, Miss DSF, etc were also in attendance but honestly wasn’t interested in meeting anyone of them because Tu Baba wasn’t present :$

By late afternoon, we were exhausted and hungry and the place was becoming too rowdy, not exactly our scene, we knew it was time to hit the road. We waited for a while ,but the surges refused to drop and was in the 2.0’s till we got tired and ended up taking a bus back home. We ended up having a sleepover which made the weekend even better.

All in all it was a great and now I have to look forward to the next time I can have a girls day out. 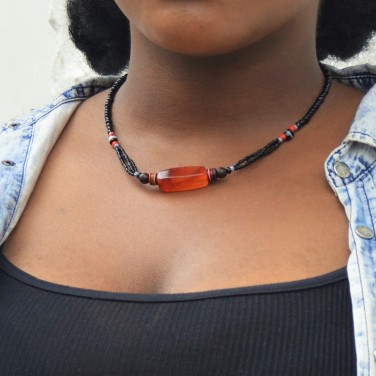 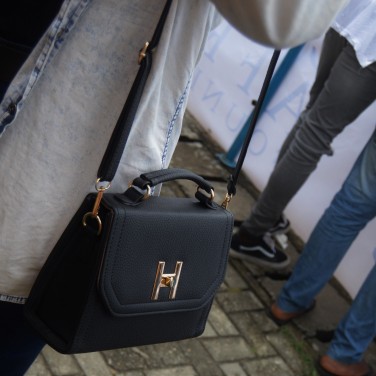 Denim jacket- Friends wardrobe after being raided by me 🙂

Also decided to return to the land of PS (protective styling). This was installed by my cousin and I the previous night after I had procrastinated for about a week. Tutorial or not?

Have a lovely week and happy new month! I honestly can’t believe July’s gone ;( September is just around the corner! School!! 😥

Any one of you attend konamii?

If not, how did you spend your weekend?

Plans for the month?

Books are super expensive but, they are an invaluable source of joy.
4 pics, 1 word 👀⁣
My sisters journal’s from her younger years were found and brought back home sometime last year. ⁣
I would always say before now that 2016/2017 was when I felt most beautiful.
is currently reading this. Not at this exact moment though, I’m binging Pose S3 on @naijaonnetflix !
It’s been quite a ride. It’s been barely a week and I feel the shift and I’m loving every single bit of it.
Do you like what you like and hate what you hate?
25 looks good on me don’t you think?
Birthday weekend to celebrating 25.